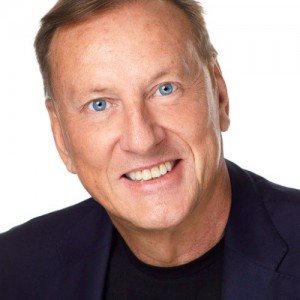 I am by no means the only person trying to become more conscious about the problems in the world. Many are also actively doing something about it. My main contribution is to bring change-makers together by creating arenas and initiatives with the goal of stimulating the right kind of development at both an individual and a societal level. The overall goal is to co-create a future at a higher level of individual, cultural, societal consciousness.  In 2008, I started my personal journey by founding Stiftelsen Ekskäret (Ekskäret Foundation) together with a number of future-oriented thinkers, social entrepreneurs and change-makers who became members of the board or creative partners. The Foundation’s strategic vision is to “support a sustainable world where people are creating more well-being for themselves, each other and the planet”. I strongly believe that personal development is a prerequisite for societal change. Under the umbrella of the Ekskäret Foundation, we have created primarily two venues for events, Learning Labs and exploratory meetings etc.: the workshop facility at the island of Ekskäret (literally: the island where the oak-trees grow), located in the Stockholm archipelago, and the co-working space Ekskäret Klustret in central Stockholm. The workshop facility on the island of Ekskäret welcomed its first curious and creative visitors in 2011. The facility provides a breath-taking venue and is a perfect arena for exploring existential questions and personal development – for teenager as well as adults. All activities on the island are carried out according to the principles of the Foundation. Ekskäret Klustret, a creative, activity-based co-working space located in the very heart of Stockholm city centre, opened its doors in 2016. I believe that providing physical and digital meeting venues will create fertile soil for change. Gathering change-makers under one roof will stimulate sharing of ideas and creativity and lead to the co-creation of new initiatives and projects. It will also expand the networks of all participating entrepreneur and generate greater momentum for their important work. I like to think of these two arenas as important incubators for co-creating positive changes. They are physical manifestations of the idea that a more conscious and sustainable society is possible, and we do watch and guide the ripple effects that result. More recently I have taken the initiative to create K9 Co-living, Stockholm; Perspectiva Institute, London; the Co-creation loft, Berlin and the digital initiatives 29k.org and ‘Emerge’: www.whatisemerging.com. &… a member of the Club of Rome, a fellow of the Royal Swedish Academy of Engineering Science and a fellow of the World Academy of Arts and Science. I call myself a philosopher in the original sense of the word: someone who loves knowledge and tries to see the big picture. I try to bridge many academic fields without, of course, being an expert in any of them; I search for the connections that form the evolving whole. You find an example of my thinking in the article here or in my books The Market Myth, The Nordic Secret, or The World We Create. From an historical and material perspective, the majority of humanity is doing better than ever, but at what cost? And can it go on? Urgent climate issues, economic instability and a widespread lack of security and meaning is spreading across the globe. Society is fostering loneliness, anxiety, depression, and terrorism while distracting us from finding deeper forms of value and purpose. My philosophical take on the world is that it is not enough to simply try to ‘solve problems’. Given the complexity of inter-related problems that all have elements relating to human thought and emotion, we need to evolve and adapt – that’s the challenge within the challenge. I believe we need to cultivate human capacities – for instance, mental complexity, systems thinking, empathy – through which we can honor ecological constraints while also creating societies that enable us to thrive and live a meaningful and prosperous lives. These are the reasons that I have launched the various initiatives that help people grow, such as the Ekskäret Foundation, and the youth organisation Protus among many others. I challenge myself every day in my effort to help promote these changes faster. I am a co-founders of the Fri Tanke Förlag, a publishing house dedicated to promoting challenging and ground-breaking literature which crosses the borders between science, politics, philosophy and existential issues.