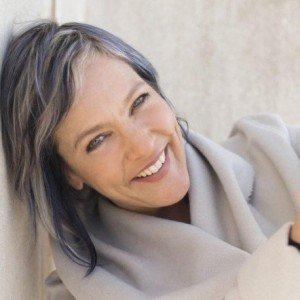 Born in Germany, Marlis Petersen had already trained in the piano and traverse flute before she decided to dedicate herself to the instrument which today inspires her audience. At the conservatoire, in Stuttgart, she studied to become a high school music teacher whilst being instructed in classical singing by Sylvia Geszty. Yet her ever-restless spirit urged her towards another passion. She trained in jazz-dance and tap-dancing at the New York City Dance School in Stuttgart, shortly after earning engagements in show business. Despite this she stayed connected to the classical repertoire as she continued further studies in Opera and Contemporary Music and three years after being a prize winner in the operatic category at the VDMK competition in Berlin in 1990, she also won an award in the category of Musical-Chanson-Song. As a concert singer Petersen has appeared on Germany’s most famous stages. Engagements in Europe and the USA brought about collaborations with conductors like Zubin Mehta, Lorin Maazel, Kirill Petrenko, James
Levine, Antonio Pappano, Marcello Viotti, Fabio Luisi, Sir Andrew Davis,Jeffrey Tate, Michel Plasson, Daniel Harding, Ingo Metzmacher, Thomas Hengelbrock, Armin Jordan, Peter Schneider, Louis Langrée, Michel Corboz, Michael Boder, Christoph Eschenbach, Hans-Christoph Rademann and many more. Her passion for early music brought her in contact with specialists of the genre like René Jacobs, Ton Koopman, Trevor Pinnock
and Helmut Rilling.Marlis Petersen has worked with ensembles like the Vienna Philharmonic Orchestra, the Boston Symphony Orchestra, the Mahler Chamber Orchestra, the RAI Orchestra of Torino, the Orchestra of the Accademia Nazionale di Santa Cecilia, the Deutsches Sinfonie-Orchester, the Radio Orchestra of Berlin as well as the Berlin Philharmonic Orchestra , the Freiburger Barockorchester, the Akademie für Alte Musik and the Ensemble Modern Frankfurt.